Two-time Emmy Award winner and Peabody Award-winning journalist, college professor, award-winning documentary film producer and former trial attorney and author, Jack Ford has been commanding the spotlight for a lifetime. From his childhood in Pt. Pleasant, to Yale University, where he was a three-year varsity football starter, to the Fordham University School of Law, which he partially financed from his three winning appearances on “Jeopardy,” to a storied career in television journalism.

Currently he is a CBS News Correspondent for 60 Minutes Sports and the co-host of Metro Focus on PBS. He has also received an American Radio and Television Award, a National Headliner Award, and the March of Dimes FDR Award and. Mr. Ford was also voted People Magazine’s “Sexiest News Anchor”. Mr. Ford is a Visiting Lecturer at Yale, NYU and the University of Virginia, a philanthropist and devoted family man. He and his wife, Dorothy live in Spring Lake and are the parents of Dr. Ashley Ford Haggerty and Colin Ford. 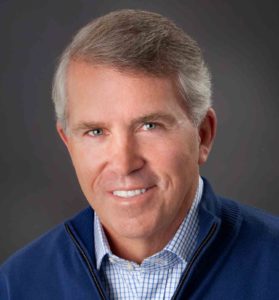 Best known for creating the role of ‘Sarah Connor’ in the first two installments of the iconic Terminator film franchise. She is currently starring in the newest chapter, “Terminator: Dark Fate” again opposite Arnold Schwarzenegger and directed by Tim Miller.

Following the successful launch of the first Terminator film, Linda starred in the CBS series “Beauty and the Beast” opposite Ron Perlman. The series was critically acclaimed and she was nominated for both an EMMY Award and two GOLDEN GLOBE Awards. Among her other film credits are “Dante’s Peak” opposite Pierce Brosnan and “Mr. Destiny” opposite Michael Caine.

Linda won a CABLE ACE Award and received her third GOLDEN GLOBE Nomination for her performance in “A Mother’s Prayer” on USA Network playing a woman who lost her husband and is diagnosed with AIDS.

Linda guest starred on “Frasier” and recurred on “Weeds”, “Defiance”, “Lost Girls” and the NBC series “Chuck” playing Zachary Levi’s mother and fulfilled a dream hosting “Saturday Night Live”. She also starred as the U.S. President in the SkyTV Miniseries “Air Force One is Down” as well as the independent films “Easy Does It”, “Curvature’”, and “A Sunday Horse”. 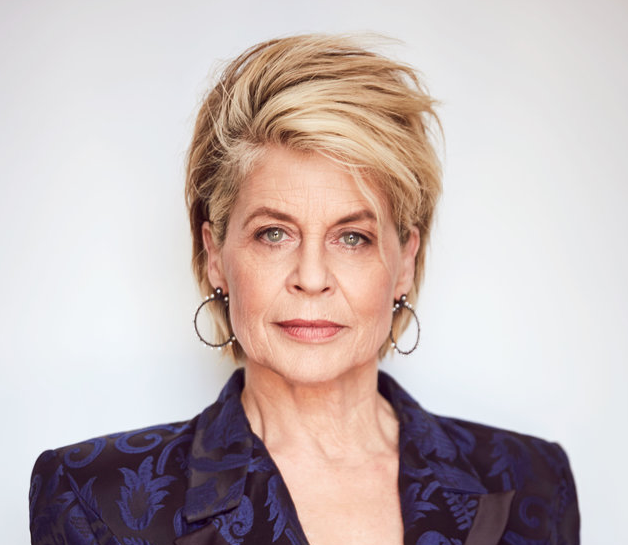 It’s been said that Matthew Modine is “one of the best, most adaptable film actors of his generation” by legendary NY Times film critic Vincent Canby. He has worked with many of the film industry’s most acclaimed directors, including Christopher Nolan, Oliver Stone, Sir Alan Parker, Stanley Kubrick, Robert Altman, Alan J.Pakula, John Schlesinger, Robert Falls, Sir Peter Hall, Abel Ferrara, Spike Lee, Jonathan Demme and John Sayles. Matthew Modine can be seen starring in the Netflix’s original series STRANGER THINGS for which he won the 2017 SAG Award for Outstanding Performance by an Ensemble.

Modine seems to constantly be working (and directing). After helming the award-winning short film Super  Sex which starred Elizabeth Perkins, Kevin Nealon, Efren Ramirez, Ruby Modine and Edward Asner (and premiered at the Tribeca Film Festival), he has recently mounted three features THE ROCKING HORSEMAN, THE HORROR, and BEYOND THE HORIZON. Matthew is repped by Luber Roklin Entertainment. Throughout his career, Modine has
been nominated for two Emmy’s (HBO’s And the Band Played On, CBS’s What the Deaf Man Heard) three Golden Globes and is the recipient of one (Altman’s, Shortcuts). Modine is well remembered for the title character in Alan Parker’s, Birdy which won the Cannes Film Festival’s Gran Prix Award, and for his iconic role as Private Joker in Stanley Kubrick’s, Full Metal Jacket. His work in Alan Rudolph’s, Equinox helped earn the film four Independent Spirit Award nominations, including Best Actor and Best Film. Modine is the recipient of a Venice Film Festival Volpi Cup and Golden Lion Awards Streamers, Shortcuts.

Celebrating his accomplishments in acting and dedication to the industry that we honor him at the 18th Annual Garden State Film Festival with this prestigious Lifetime Achievement award. 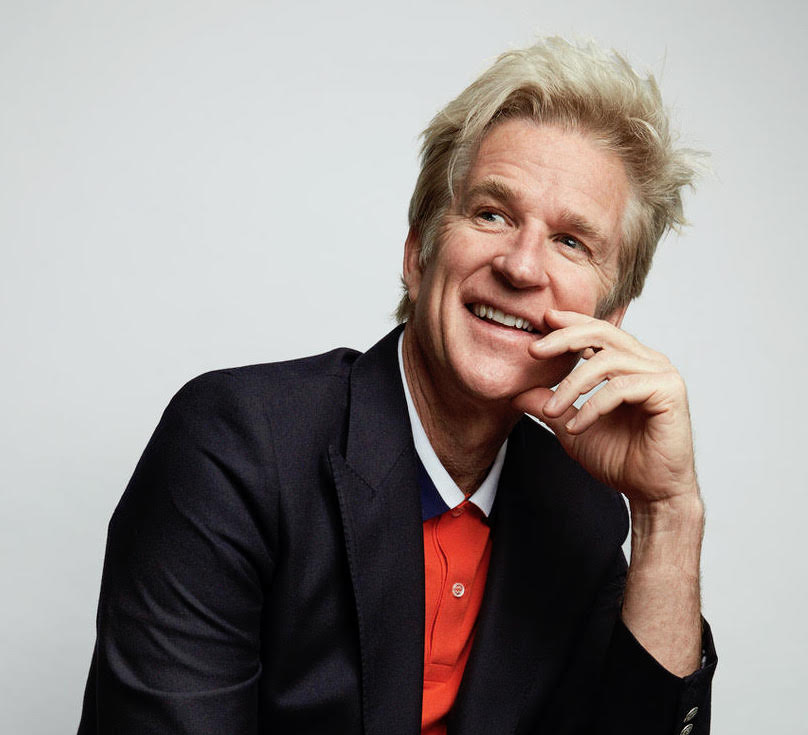 We are proud to recognize Robert Patrick as our Patriot Award recipient. Robert has a long list of credits; his breakthrough role came as the legendary T-1000 in Terminator 2. He was the first actor in the history of motion capture and since then, he has worked on iconic films and television shows including Die Hard 2, Wayne’s World, Last Action Hero, Fire in the Sky, Cop Land, The Faculty, Walk the Line, Bridge to Terabithia, Spy Kids, Flags of Our Fathers and on the television hits The Sopranos, The Outer Limits, Elvis, The Unit, The X-Files and Sons of Anarchy. As well as numerous roles on the small screen.

In addition to his acting, Patrick is a lifelong supporter of the military and the USO. The grandson of an Army veteran, who served during World Wars I and II and the Korean War, Patrick grew up with a profound respect for troops. Devoted to giving back, he regularly goes on USO hospital visits and has participated in four USO tours to seven countries since 2008, visiting more than 8,100 service members and military families. As a longtime motorcycle enthusiast and Boozefighter, Patrick served for years as an Honorary Grand Marshall for the famed Love Ride which benefited veterans. He became the proud co-owner of Harley-Davidson Santa Clarita. It is for these important efforts, close to our collective hearts that we salute him at the 18th Annual Garden State Film Festival with this prestigious award. 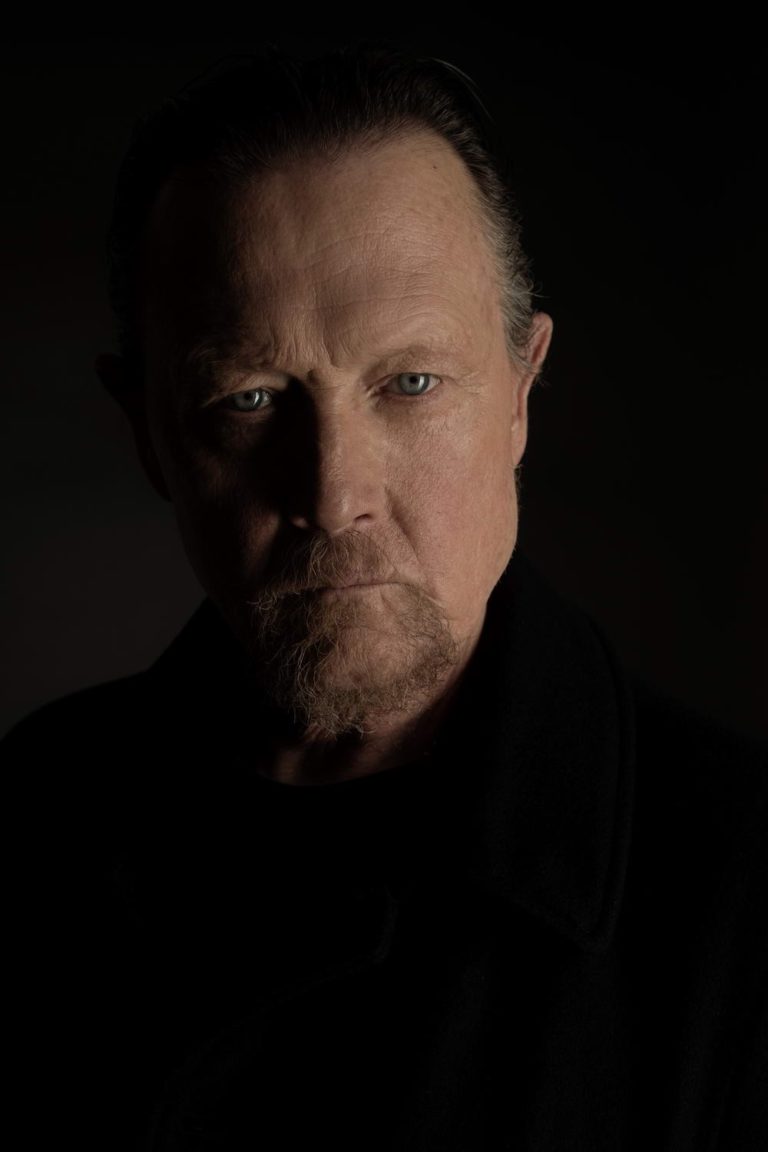 This year’s Rising Star is Central Jersey’s Ashley Platz. Like all good Jersey Girls, Ashley grew up going down the shore and eating pork roll, egg and cheese sandwiches, which are hard to come by in Los Angeles where her acting career is taking off. She’s been a top of show guest star three times in the last year, including Grey’s Anatomy on ABC, GLOW on Netflix and she’ll soon be appearing on The Bold Type on Freeform playing, what else, a fun-loving, confident, queer, Jersey Girl. Even though her career has her in LA full time, she comes back to the Garden State often for the pizza, the saltwater taffy and of course the GSFF. We extend our sincere congratulations and a hearty Jersey fist pump to our Rising Star, Ashley Platz. 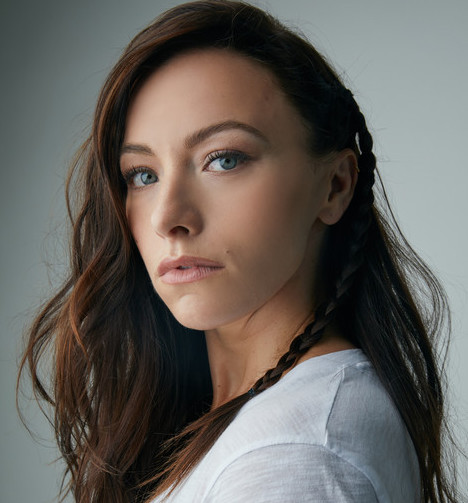 Educator of the Year

She also manages the television studio at SCAN-TV where she teaches television and film production to active senior citizens who produce public affairs programming about older adults, which is seen on cable systems throughout New Jersey. 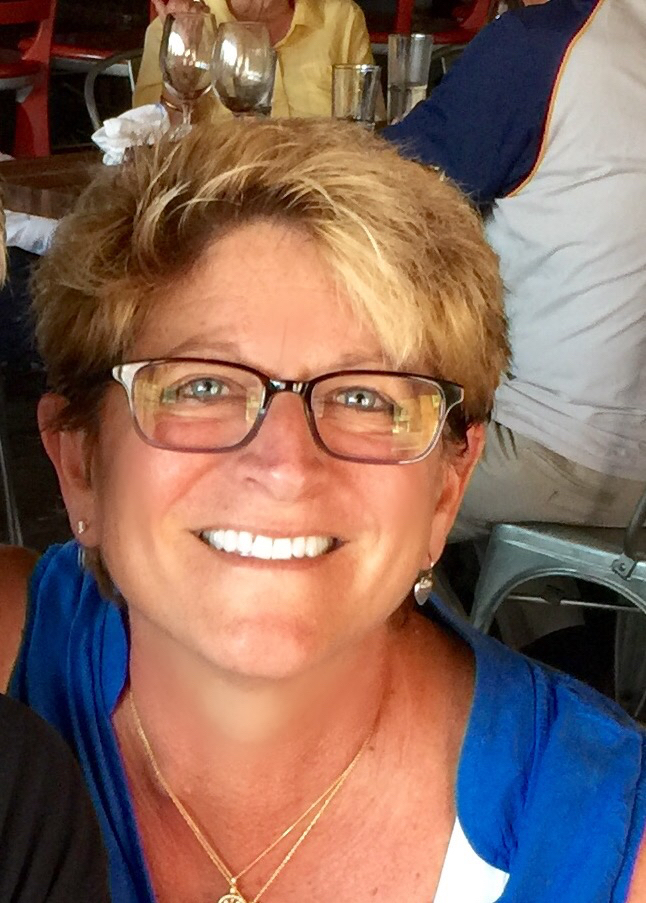 The Rock and Roll Forever Foundation is a 501(c)(3) established by Steven Van Zandt. TeachRock is the Foundation’s national K-12 curriculum initiative. Created to address the challenges of an environment in which schools face cuts to arts funding, TeachRock includes interdisciplinary, arts-driven materials designed to keep students engaged and in school. Our groundbreaking curriculum is available at no cost to educators. Key features include:

To access these materials and learn more about the curriculum, visit teachrock.org. 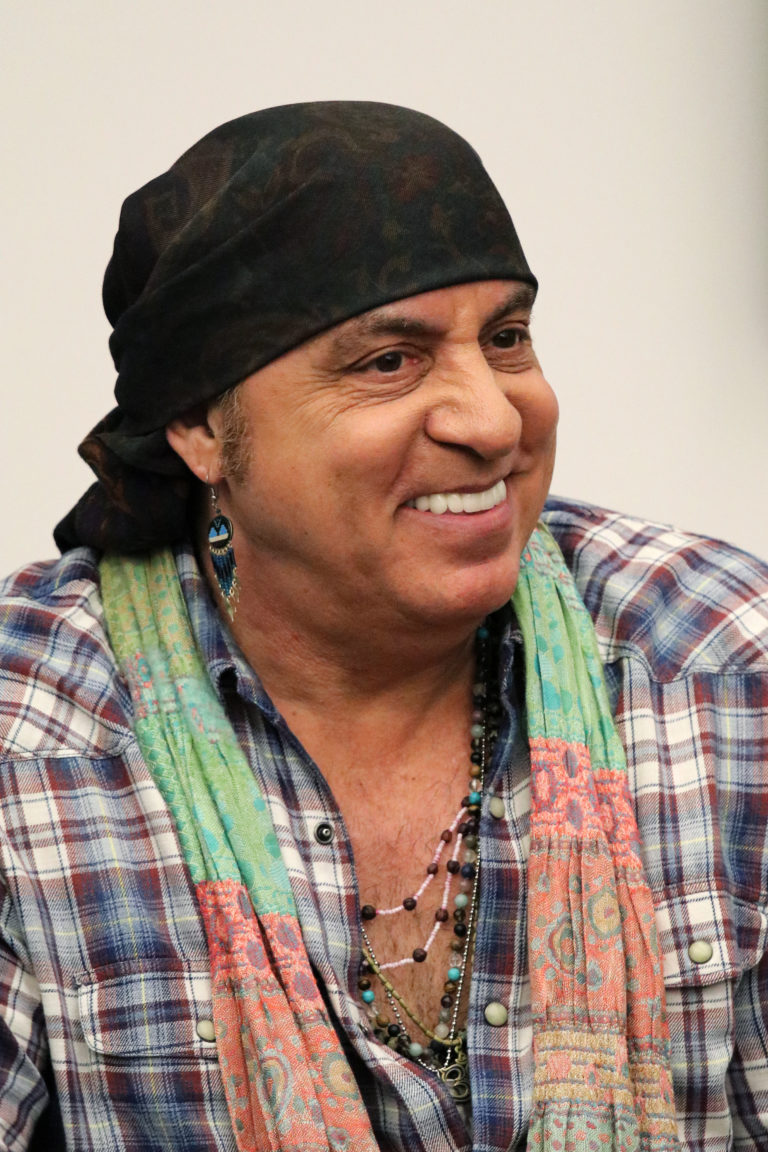 Starting to work in film as an actor at 17, Perry Lang has acted in over thirty films and seventy hours of television. His film work includes Sam Fuller’s The Big Red One, Steven Spielberg’s 1941 and John Sayles’s Sunshine State as well as Eight Men Out where Perry played one of the indicted eight who threw the 1919 World Series.

His Television work as an actor includes MASH, the title character in the Emmy winning television special Hewitt’s Just Different, A Rumor Of War and numerous guest appearances, including many projects that he has himself either written or directed.

As a writer and director, Perry started professionally writing Tales From The Darkside inNew York. Among a number of studio assignments, he wrote the first film he directed, Little Vegas then rewrote the second, the Action Adventure; Men of War.

Since then Perry Lang has directed over eighty hours of television including NYPD Blue, ER, Alias, Weeds and NCIS: Los Angeles.

Perry’s newest feature, the acclaimed and successful, An Interview with God, is now in release by Universal Pictures and on Netflix.

Perry lives with his family in Santa Barbara, California. 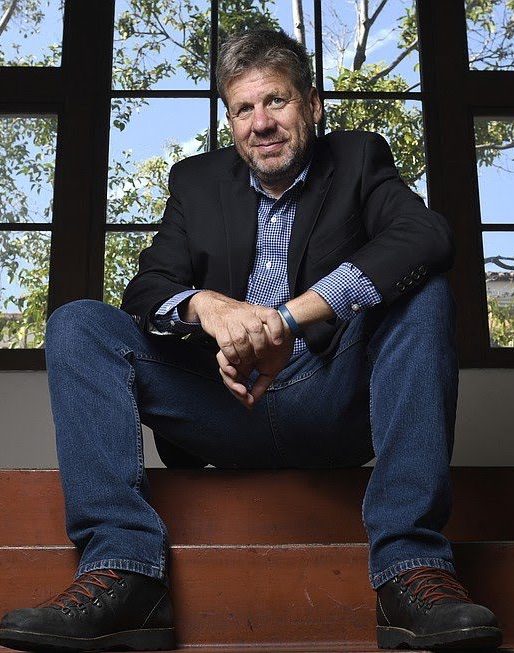 Tara Wood is a Director, Producer and International Film Sales Agent who hails from the Garden State.  As the Director and lead Producer of the 21 YEARS SERIES, she is co-director of the award winning, NY Times critic’s pick 21 YEARS: RICHARD LINKLATER, and director of QT8: THE FIRST EIGHT which we are delighted to present.  Also, a devoted endangered species activist, Tara served to relocate captive abused tigers and jaguars around the world to safe sanctuaries.  She now lives in Los Angeles with her husband and three rescue dogs. Big Congrats Tara! 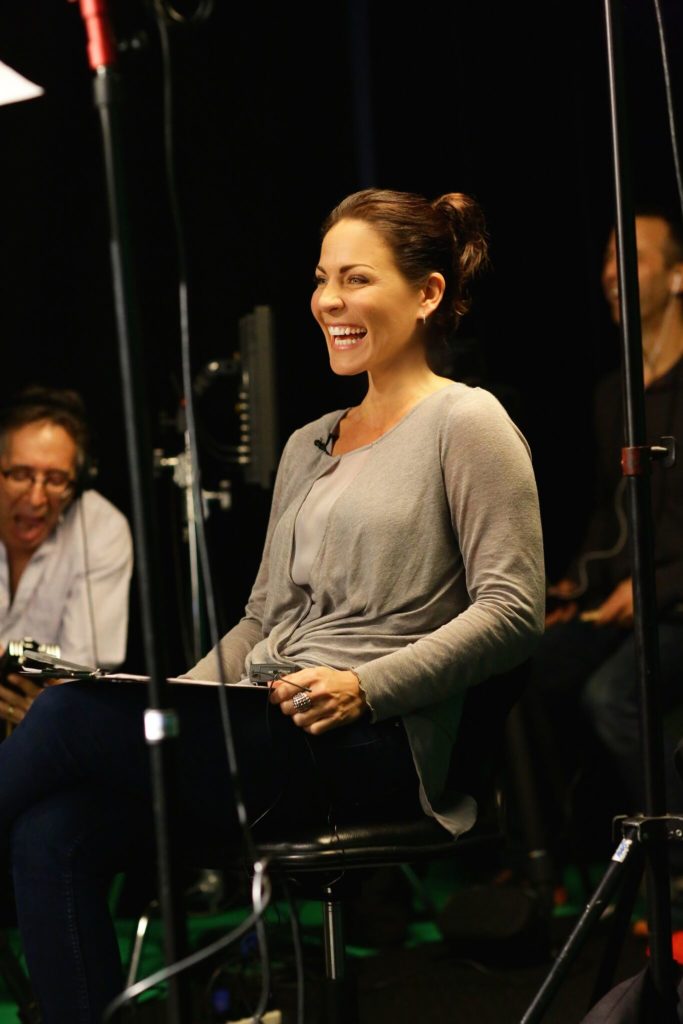 Arianna Bocco has spent over a decade overseeing acquisitions and productions for IFC Films, Sundance Selects and IFC Midnight, three multi-platform film distribution labels owned and operated by AMC Networks, Inc.She has spearheaded all acquisitions at the company, acquiring the rights to some of the most critically acclaimed independent films from around the world.

Bocco is revered for her vast experience in acquisitions, production and development, having held a variety of high-level posts throughout her career.  In 2010, she was named to Crain’s 40 Under 40 Class of 2009 Rising Stars and to Moves’ Top 20 Power Women of 2010. 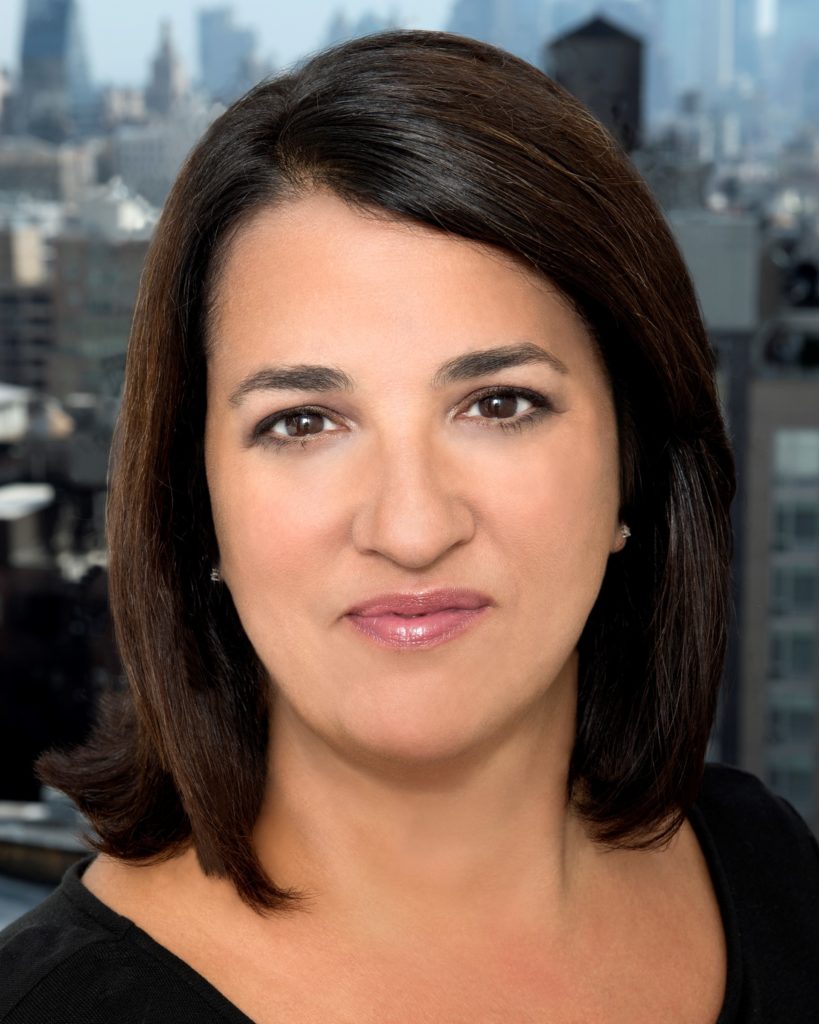 Nick was a member of the GSFF Board of Directors and Programming Committee for ten years (2009-2019), serving as the chairman of both for the last seven years. Nick also cast the festival’s screenplay reading for a number of years that boasted participation by Diane Ladd, Ed Asner and Xander Berkeley among others. Nick’s long association with the arts has included working for the legendary Broadway director/producer Harold Prince, Broadway and film production company The Producer Circle Co. (headed by Oscar winner producer Martin Richards “Chicago”), has sung at Carnegie Hall, with the New Jersey State Opera, MidAtlantic Opera and Metro Lyric Opera of New Jersey. Nick received his JD from Seton Hall University School of Law and B.A. in Theatre Arts from Rutgers University. Nick is a contributing author to Goldstein and Goodman, New Jersey Practice, Vol. 18, Employment Law (Thomas/West, Second Ed.), the leading treatise on employment law in New Jersey. 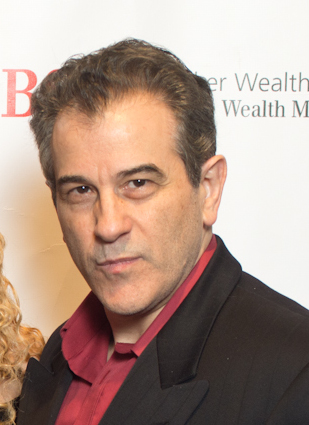 As one of the nation’s most innovative and in-demand personalities, Chef Burke has legions of fans around the world, yet he has remained true to his Jersey Shore roots. He is one of the most recognized chefs on television including appearances on “Top Chef Masters” and “Iron Chef” and we are proud to recognize him. 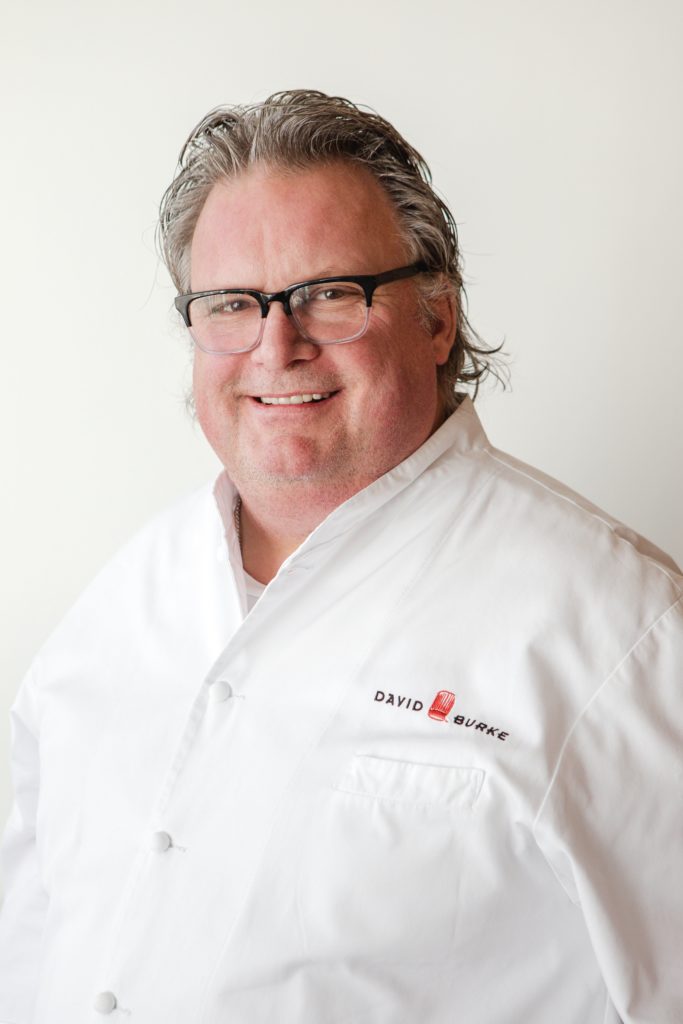 Gail Barringer is a television producer who began her career in production accounting. She produced over 175 episodes of “Law & Order: Special Victim’s Unit” and seasons 2-4 of “Person of Interest” before jumping into the Marvel world with “The Punisher” and “Luke Cage.” Barringer then went on to produce Netflix’s revival of “Tales of the City,” Hulu’s “Wu-Tang: An American Saga,” and most recently season 1 of “Emergence” for ABC. 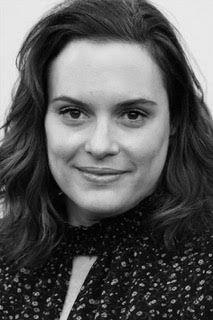 Standing In Water by Kathleen Caprario-Ulrich

Born and bred in Elizabeth, NJ, Kathleen Caprario-Ulrich relocated to the Pacific Northwest where she has established herself as an award winning visual artist, writer, art educator and occasional stand up comic despite her strong, Jersey-girl vibe and accent. Her sense of humor is rooted in an appreciation for the awkward and painfully funny process of reinventing one’s life after a personal, seismic shift; “Standing In Water” is informed by Caprario-Ulrich’s own experience of being widowed before the age of fifty and the healing power of laughter. 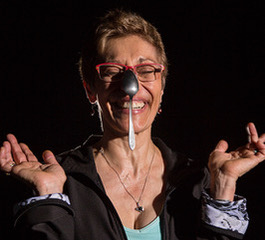 Last of the Burly Girls by JOHN PISANO-THOMSEN

A life-long theatre-phile, songwriter, and creative writing graduate, John is an award-winning LGBTQ/feminist screenwriter on a five-year successful trajectory after winning one of three screenwriting fellowship spots in the 2016 Atlanta Film Festival.  Since then, John has written three more successful screenplays and has accumulated hundreds of awards and accolades from around the globe.  In October 2019, he placed in the top 15%, 5% and 2% of submissions  in the Academy of Motion Picture Arts and Sciences’ Nicholl Fellowship, with “Last of the Burly Girls” placing in the top 149 semifinalists out of 7,302 submissions. We are thrilled to recognize his talents as well. 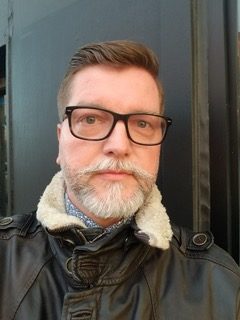